Welcome to the website of classical guitarist and composer Bruce Paine 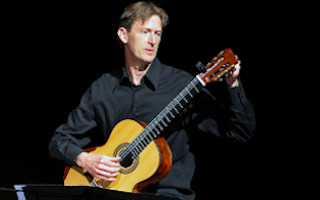 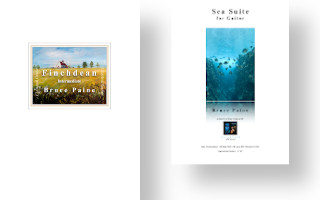 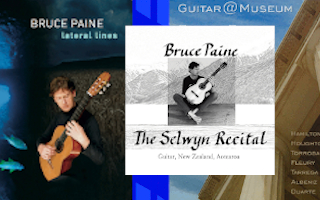 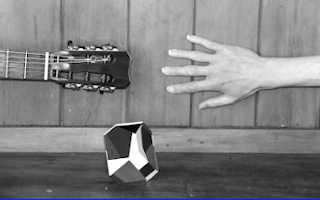 Alberton is a colonial mansion situated in the heart of Auckland in the suburb of Mount Albert. It was built in 1863 from New Zealand native kauri timber and constructed as a standard, two story farm house. The house and farm of over 500 acres was owned by Allan Kerr Taylor who emigrated from England to New Zealand in 1849 aged 15, sailing alone on board the Duke of Portland.

In the 1860s Mt Albert land was sparsely populated with none of the suburban housing that exists today. Bare land extended from the house as far as the eye could see - or at least as far as places such as Ponsonby where early housing was already being developed. 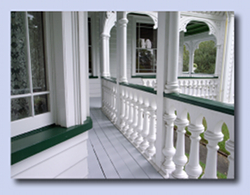 Allan Kerr Taylor had success in business and by the 1870s decided to splash out and have extensions added to the house. He employed celebrated architect Matthew Henderson who, as well as adding a ballroom and south wing, designed decorative, Indian inspired verandahs and towers that transformed the appearance of the house. At this stage the building was nearly but not quite as it can be seen today. The upper verandah was not then covered and the room now known as the sewing room was a later addition of the early 1900s.

Allan Kerr Taylor died suddenly in 1990 and left his wife Sophia with large debts to manage and to take over the running of the farm. Sophia, an attractive, intelligent and forthright woman, became active in the community and an outspoken supporter of the New Zealand suffrage movement in the late 1890s to early 1900s. 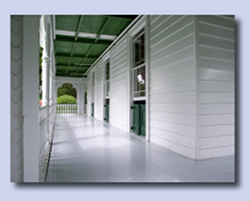 After Sophia's death in 1930, her three unmarried daughters Winifred, Mildred and Muriel lived on at Alberton. By the late 1960s just Muriel remained and on her death in 1972, she left her beloved home in the care of the New Zealand Historic Places Trust. The house was extensively restored by the Trust and opened to the public in 1973.

Bruce Paine first came to know Alberton when as a young boy he was taken to view the house as a holiday outing. Years later, having graduating from the Auckland University School of Music he discovered that the ballroom was a great venue for classical guitar concerts and family celebrations, anniversaries, etc. It was following several such concerts and family events that the idea of making a DVD about Alberton came about.

As well as offering a superb musical experience, the Alberton DVD is a great way to get to know the house, especially for anyone who is unable to go there in person.

Click here to find out more about the Alberton DVD...